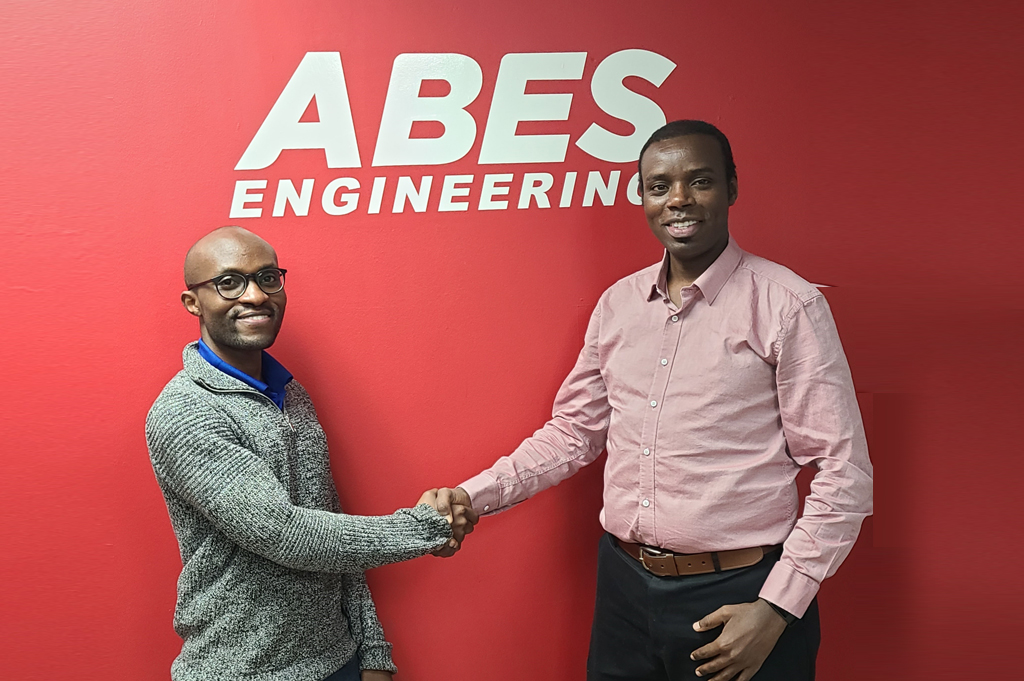 Bonheur “Bo” Tumurere joined the ABES Engineering team in 2021, enticed by the firm’s mission to support underserved communities and the opportunity to work with a fellow Rwandan.

“Every day I wake up, I’m doing something that is going to be meaningful for others who look like me, who speak like me,” he says. “I want to spend the rest of my time helping others like me succeed.”

Bo remembers when he first learned a Rwandan engineer was building a thriving civil engineering company in Memphis. He was on a lunch break at his previous job with Crafton Tull in Oklahoma, when he came across an article about ABES CEO Emmanuel Tuombe in the Fall 2020 Engineering Inc. magazine.

“I was like, give me a break. He’s from Rwanda like me. I have to figure out who this person is and ask him to be my mentor,” Bo says.

A Google search popped up another article featuring Emmanuel being honored at the White House as a “game changer.” Soon after, Bo sent an email, and the two men began corresponding.

“I asked him how he did it,” Bo says. “At the end of the day, that was what I was interested in. How did you become successful?”

Shortly after, Emmanuel contacted Bo with a proposition – would he like to join ABES and help build the company? “At the time, I was on a path to becoming an Emerging Leader at Crafton Tull. So I wasn’t interested originally,” he says. Yet, the more the men talked the more Bo saw his goals align with Emmanuel’s, especially in the philosophy of supporting minority owned firms and ensuring equity in infrastructure for underserved communities. “Deep down I knew I wanted to do more … I want to do well professionally, but also do good,” he says. “I saw it as an opportunity where I could be part of something that is bigger than myself.”

Bo grew up in Rwanda, the second of four children raised by a single mother. His father passed away in 2008, when Bo was 11.

In 2013, at the age of 16, Bo was offered a position at the international school, UWC South East Asia, in Singapore. Although it was hard to be away from family and country, Bo had dreams of someday going to the United States. He knew education was likely the key.

When he finished the two-year program in Singapore, Bo accepted a full-ride scholarship to the University of Oklahoma, in Norman. He earned his bachelor’s and graduate degree in civil engineering, graduating in 2019. Shortly after, he accepted the position at Crafton Tull.

He admits that there were “few people who looked like me” while attending college. Sometimes you question whether you belong when you’re the only person who looks like you,” he says. “I did wish there were people like me there who could understand some of the things I dealt with.”

That experience, as well as many others, made his decision to join ABES easier. “You don’t see many African Americans in engineering school,” he says. “On a microscale, that has a big impact. If kids don’t see people who look like them in engineering or they don’t even know what engineering is, it’s more difficult for them.

I have a strong desire to change that narrative. And I don’t think there’s any better place to do that than in Memphis and with ABES.”