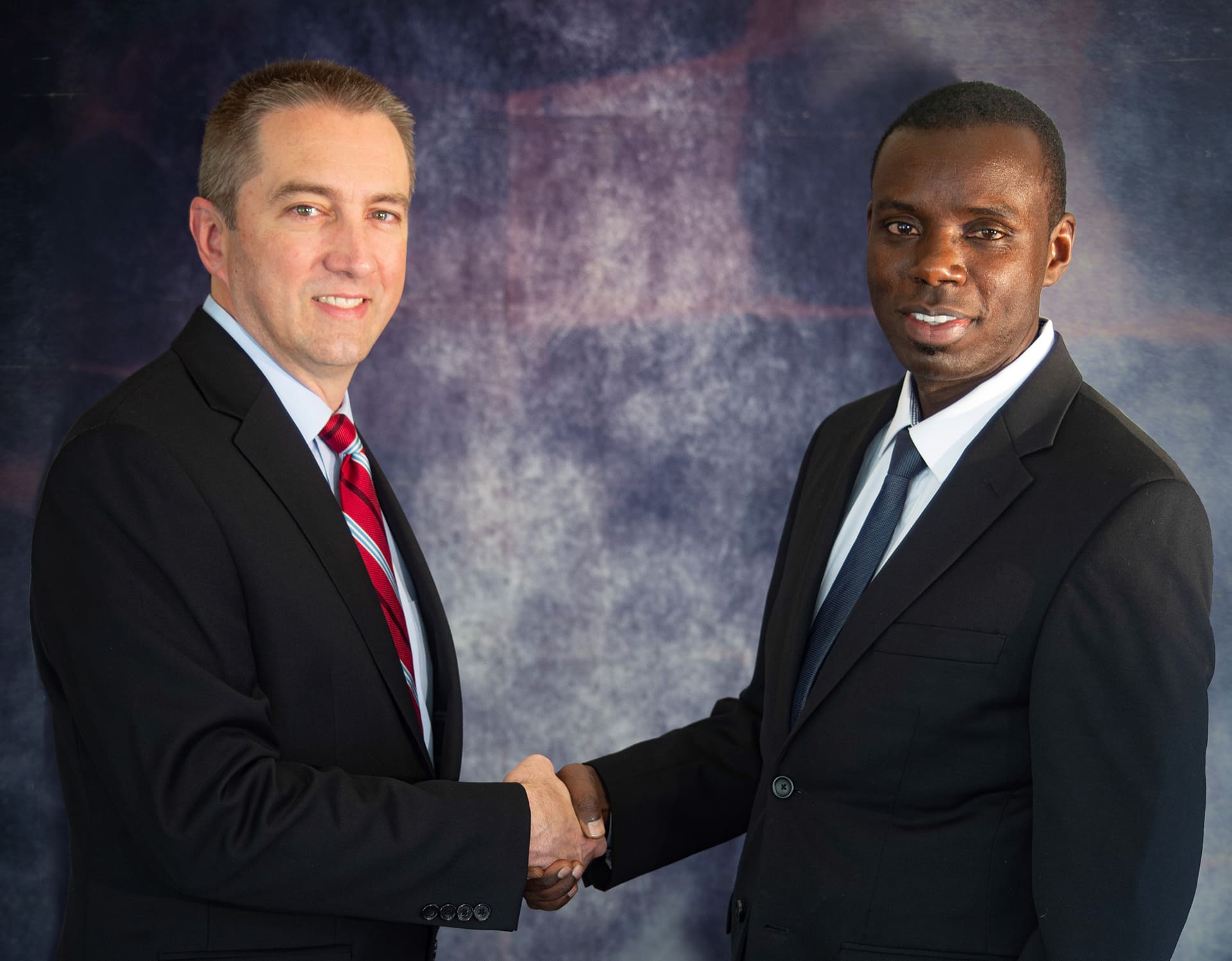 MEMPHIS, TENN. (Jan. 2, 2021) — When ABES Engineering CEO Emmanuel Tuombe announced that Brad Davis had joined the firm as its new Engineering Manager, it was much more than a business brief — it was the beginning of a partnership between two men who believe strongly that engineering can change the world.

“I believe that engineering can be more than just an occupation,” says Davis. “And so does Emmanuel. We both have a belief that we can use our skills as engineers to strengthen our communities and the world in general.”

Tuombe and Davis first met in 2014 when Davis served as the Program Manager for the SARP10 program, which is coordinated by the engineering company Black & Veatch.The SARP10 initiative — with a $50-million per year budget — brings improvements to the sanitary sewer system in Memphis. It also has a 30% participation from minority-owned businesses.

Davis was instantly impressed with Tuombe and ABES Engineering. “Emmanuel stood out to me as having his act together, being organized, easy to talk to … I just really liked his approach to meeting people. He did a great job.”

Davis began to connect Tuombe with some of the “bigger engineering players” in Memphis, hoping to help him grow ABES Engineering. Over time, the two men realized they had another connection, outside of the SARP10 program.

The two began taking walks on Fridays, where they shared ideas, goals and their histories.

Tuombe grew up in Rwanda after the 1994 genocide. He witnessed firsthand the rebuilding of his country and understood how crucial infrastructure was to any society. Through a scholarship, he earned his undergraduate degree in engineering in Rwanda. In 2006, he came to the United States to earn a graduate degree in civil engineering from South Dakota Mines in Rapid City, South Dakota. He arrived in the US with very little money in his pocket, no personal contacts and a drive to succeed.

By contrast, Davis, who is white, was born and raised in Raleigh, attending a high school with a student population that was 40% African American. The experience expanded his understanding of other cultures and races. He went on to the University of Memphis, where he earned his bachelor’s and master’s in civil engineering in 1995 and 1996. He spent 15 years with the company SSR before taking the position of Deputy Director of Engineering for the City of Memphis and eventually his position with Black & Veatch.

While the two engineers had wildly different backgrounds, they discovered they had much in common. Both are ambitious in terms of growing companies and programs, and both men also have missional attitudes about their work. Both have participated in Engineers Without Borders— Davis mentoring young engineers on trips to Bolivia and Tuombe serving as director of the Rwandan chapter and establishing a program in Gabon, Africa.

Both men also feel passionate about seeing more minority owned businesses in their community. Davis says that while Memphis is 65% African American, only 1% of business revenue goes to minority-owned firms. “There’s a need to get rid of the old school systems (that prevent minority-owned businesses from landing contracts),” Davis says. “I think there’s such an opportunity.”

The pair eventually decided that together they could bring their goals to fruition. Tuombe recruited Davis as ABES’ new Engineering Manager with a goal of launching a construction company under ABES and continuing to grow the engineering side of the company. While Tuombe will focus on building the firm’s client lists and attracting more business, Davis will run the day-to-day operations. “I needed someone to help me execute my vision for ABES; a rubber meets the road type of professional. Brad is a perfect fit for that role,” Tuombe says.

“There’s just a huge opportunity here, both for the construction and the engineering companies,” Davis says. With future success, the company will be poised to do more of what both Davis and Tuombe love to do — make their community and world a better place through their engineering work.

“Personally, I would like at the end of my career for 10 people to say that ABES helped them launch a business or move up in their career,” Davis says. “I’m excited to get started.”

ABES Engineering is a Minority Business Enterprise firm based in Memphis, Tennessee. ABES provides world-class engineering services and expertise; committed to delivering value to our clients and partners by providing high-quality, cost effective and timely engineering services. Find us online on Facebook, Twitter, LinkedIn and Instagram or http://www.abesengineering.com/.